I have spent a few years as a child and then as an adult in the Czech Republic, so I feel that going back to Prague or any other city is like being in my second home. This is why my intro to the Czech culture will be more subjective than the others, which are based on work relations.

I started to like beer when I realised that beer might be a lot cheaper in a pub than water. I am sure you all have similar memories, but if you are not a beer drinker, you probably remember at least one Czech cartoon, fairy tale, folk tale.* Family (and the pub :)) is the focal point of the social structure. 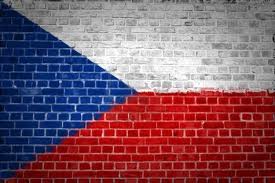 Czechs are different from other Slavic countries, maybe because of the influence of the Austro-Hungarian Monarchy regime. They are less passionate, more careful, more practical, and more efficient. They seldom move to a first-name basis with people outside their family and close friends. They are reserved, but keeping last-name basis is because of their politeness and respectfulness.

Again, maybe, partly as a reaction to the Austrian elite, Czech are considered one of the originators of black humour. They are keeping the rules, but say many black jokes about them. One interesting thing is that there are more than 40 theatres in Prague, many of them are black theatres.

My colleague has written a blog post about age differences and why these are important in EU projects. It is true that someone from the ‘old’ generation might behave very differently from a young manager in the Czech Republic. It is a little bit true for all post-Soviet countries, but Czech primarily base their trust, work collaboration on connections, knowing each other and that is to be taken into account when working with older generation researchers. Czechs are very distant and you cannot build up a good relationship with them during one meeting.

They need time, patience, because trust is built slowly.

It is easier if you know the language, but that is hardly the case in EU projects.

Another bad heritage from the Soviet-style system is the hierarchy and the lack of responsibility coming with it. Taking responsibility for your actions or committing yourself strongly to a work related issue is not the strongest point in the Czech character. They might be very used to a paternalistic style of management, where they are told what to do and they comply. Taking an initiative is not to be expected from them. It does not mean of course that they are not interested, they are just not involving themselves emotionally into the business. This attitude might make the team work a little bit more complicated. Also their indirect communication style makes it harder to read them and understand their real opinion about an issue.

In case of conflicts, you should know that Czechs are not really good at finding compromises.

As a first reaction, they will become silent, much less cooperative. But if they get into a fight, they will want to win it. Maybe they are not that passionate, but definitely efficient. 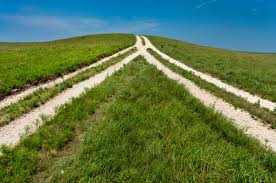 If you have the chance read Svejk or watch one Menzel movie, you will understand your Czech partners much better.

* I have discovered an eTwinning project, which translated European fairy tales to English. Enjoy!

Do you have any experience? What do you think about cultural differences in EU projects?

Gabriella Lovász
21 May 2013
No comment has been submitted yet