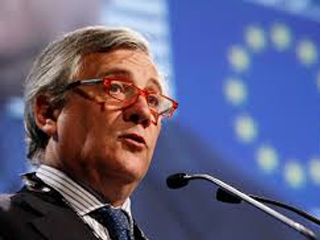 On 17th of January 2017, elections were held for the new president of the European Parliament in order to choose the successor of Martin Schulz (Progressive Alliance of Socialists and Democrats). Initially seven candidates were running for the position, but before the first ballot, the liberal Guy Verhofstadt (ALDE) withdrew his candidacy, offering support to the Italian centre-right candidate Antonio Tajani (European People’s Party). After the third ballot, it became evident that the real competition was between two Italians, centre-right Antonio Tajani (EPP) and centre-left Gianni Pittella (S&D). At the end of the fourth ballot, with a difference of 69 votes, the presidency went finally to the EPP’s candidate Tajani. Despite the wind of Euroscepticism, the position of president of the European Parliament can be a very powerful and influent one, as Schultz showed in the previous five years unlike his predecessors. Tajani will draft the path to be followed concerning many outstanding issues for the next two and a half years.

After Tajani’s victory, it is indeed interesting to notice the prevalence of EPP’s members in key positions, with Jean-Claude Junker president of the European Commission and Donald Tusk as head of European Council.

Who is the newly elected president?

Antonio Tajani is a legal expert, former journalist and Italian politician. He is a familiar face in the EU politics as he was elected as Member of the Parliament four times. He has been vice-president of the EPP since 2008, and Commissioner for Transport from 2008 until 2010 and at a later time Commissioner for Industry and Entrepreneurship. As a matter of fact, during 15 years of political activity dedicated to the EU, he was part of different committees and projects, so his experience in EU politics and policies implementation is indisputable.

What does it mean for EU research and innovation?

Tajani clearly stated his position towards R&D, innovation, SMEs and environmental problems, when he was running for the EP president. “We need to work in favour of the real economy, strengthen our SMEs, as well as our industries’’ he said in an interview for Euractiv.com. During his mandate as a Commissioner for Industry and SMEs, Tajani undoubtedly saw the benefits of EU research and advocated for boosting it. It could not have been otherwise, given his background. He served the European Commission under the Barroso presidency, which was a flourishing period for research and innovation projects as he covered the position of head of Industry and Entrepreneurship, while in the Parliament he was part of the Committee on Industry, Research and Energy.

Regarding the future of EU funding, he might have some changes in mind: “The EU’s Horizon 2020 research programme should be focused on fewer priorities, with more impact. Low carbon technologies, climate and the circular economy, as well as new digital and data technologies, should in my view be prioritised even more strongly than today,” he said to Science Business.com.

Cosmina Bisboaca
23 January 2017
No comment has been submitted yet