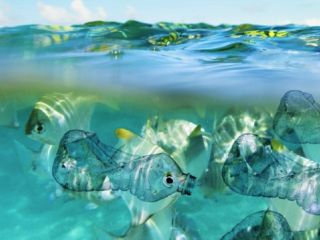 Last month there was a worldwide challenge called PLASTIC FREE JULY. Did you hear about it? Do you know why it mattered? You probably wonder what all the fuzz around plastic is about. Is it true all what they say? Does it really pollute that bad? In this blogpost we’ll address some of the questions you might be having around plastic!

WHAT IS PLASTIC FREE JULY?

It’s a campaign that started in 2011 for challenging people to refuse single-use plastic during July. By asking you to commit to a month of trying to avoid disposables, Plastic Free July attempts to raise awareness on the amount of plastic we consume in our lives and make you think about plastic pollution.

Wouldn’t it be too difficult?

It depends on where you live. But you can start by trying to avoid the big four: grocery bags, plastic straws, to-go coffee cups and plastic water bottles. Of course, you can go all in and avoid all disposables too!

I USE PLASTIC AND I RECYCLE. WHAT’S THE PROBLEM?

We have developed a “disposable” lifestyle where estimates are that a plastic bag has an average “working life” of 15 minutes and around 50% of plastic is used just once and thrown away. In fact, most of the plastic that we first started using in the last century is still in our environment today and we have increased plastic production twenty-fold over the past 50 years!

Even if you mindfully place your plastic in a recycling bin, it’s highly likely that it won’t get turned into another product. Why? Because since there is still no profitable market in which to sell recycled plastic, it’s not cost-effective for companies in developed countries to process it.

I READ THAT BY 2050, THERE WILL BE MORE PLASTIC IN THE OCEAN THAN FISH. IS THIS TRUE?

YES! The 2017 United Nations Clean Seas Campaign estimated that there are 51 trillion microplastic particles in the ocean today—500 times more than the number of stars in our galaxy! And according to the 2016 World Economic Forum report on circular economy, if calculated by weight, only in three decades there will be more plastic in the Ocean than fish!

BUT WEREN’T THERE SOLUTIONS ALREADY TO CLEAN THE OCEAN FROM PLASTIC?

I heard about plastic-eating-microbes and a kid that created a filtration system!

The studies indicating that plastics may be degraded by microbes were achieved in lab conditions where it is more difficult to replicate real life. In fact, some initiatives to reduce plastic like 5 Gyres consider that the impact of tiny microbes on the massive problem of plastic pollution is negligible.

As for filtration systems, those projects typically do not reflect an adequate understanding of ocean dynamics and marine ecology, neither of the harsh conditions and vast expansion of the world’s seas. Removal of floating plastic debris from the open ocean by scooping out plastic can cause substantial impacts on marine ecosystems. Furthermore, these filtration systems wouldn’t be able to capture microplastics.

What are microplastics? Is it true I use them every day?

All the plastics that are less than five millimeters in length are called microplastics. The most common form of microplastics are the microbeds, tiny pieces of plastic polyethylene added as exfoliants to health and beauty products, such as some cleansers and toothpastes.

Their miniscule size means that marine animals often mistake them for fish eggs, a natural part of their diets. The plastic carry toxins, contaminating the fish and passing along harmful chemicals to humans. So if you partake in the occasional fish taco, it’s possible for these microbeads to get inside our bodies.

SO WHAT IS IT BEING DONE?

There are many organizations, ideas and initiatives trying to address the issue from different trenches. But we still need more people to jump onboard!

PARLEY - the space where creators, thinkers, and leaders come together to raise awareness for the beauty and fragility of our oceans and collaborate on projects that can end their destruction:

WHAT CAN I DO?

"It took centuries to create the mess. No magic bullet will solve it overnight. It will take time, creativity, and hard work."

“There is no away – because plastic is so permanent and so indestructible. When you cast it into the ocean, it does not go away.”

"We are at war with the oceans. And if we win, we lose it all. Because every second breath we take, is created by the sea. The environmental issues we are facing, are caused by faulty economic systems. It is easy to blame big corporations, but the creative industries should truly own the problems. We have the tools to change it all. And we can do it really fast if we want."

Cyrill Gutsch, founder of Parley for the Oceans.

IF THE OCEANS DIE, WE DIE.