What is next for Europe? 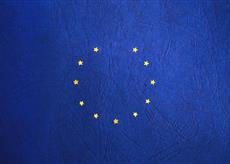 The political situation within EU has been changing significantly during the last year. In fact, it may have seemed that elections and actions in different EU countries questioned the very core values and made the Union’s foundation shake.

When Brexit referendum happened more than one year ago, domino effect was feared since many thought that other EU countries would express their will of leaving the Union through national referendum. This did not happen, but all eyes were on UK to see what would happen next to the Union that from 28 would have become formed by 27 Member States.

The State of the Union is a speech annually held by the president of the European Commission to the Parliament and during which the president presents what has been achieved in the past year and what is the action plan for the upcoming year.

Juncker’s vision for the future includes:

It is interesting to notice that in his annual speech Juncker addressed 27 members of the EU, even though the Union is still formed by 28 Member States as the negotiations on Brexit are still ongoing. However, efforts are being made in order to safeguard the cooperation with UK in research and innovation for EU projects under Horizon 2020 scheme. Also, the Labour party hinted to a possible second referendum to ask British citizens for their opinion again.

Some days later, also the French president Emmanuel Macron presented his vision of Europe in the same day of the German elections during a speech at Sorbonne University. In his speech, he highlighted the need of a ‘profound transformation’ for our Union and specifically he called for:

All in all, most of European leaders are showing fondness towards a more powerful European Union both internally and externally as a global actor. Despite divergent opinions, now most of EU leaders are back on track. As Guy Verhofstadt stated in his answer to Juncker’s speech:

In March of this year, in the Netherlands, Mr. Wilders promised a “spring of populism” and he reaped the opposite, a rise of the pro-European parties; a boomerang in his face.

In France, Emmanuel Macron won the presidential elections after a pro-European campaign. Since then, the Front National doesn’t want to leave the euro anymore.

And even in Hungary, Viktor Orbàn is piping down. He accepts now the authority of the European Court of Justice. A few days ago, he even excluded that Hungary would ever leave the Union.’

Cosmina Bisboaca
11 October 2017
No comment has been submitted yet