Certain rules of thumb are highly advised to follow when it comes to proposal development in order to avoid very unpleasant situations. One of them is to set up a logical stream of actions which will guide you through the whole process, instead of just starting off somewhere and realize later that the building blocks of your concept don’t match perfectly. 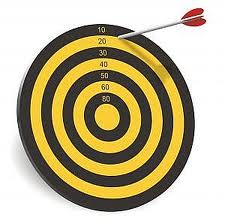 Let me illustrate this with a personal experience of mine. After having a great spark of idea and racing thoughts on potential implementation strategies I started to build a consortium capable of delivering the key elements of the idea. I managed to bring on-board internationally recognized, high profile partners who were really into the concept.

AFTER the partnership was ready I wrapped my head around the basics of the topic I wanted to address and started to do quite a bit of research on the background of the idea and all the achievements so far. A good two weeks of really thorough research have past by the time I accidentally stumbled across an initiative which covered literally 90% of my proposal idea. Background, implementation, impact was all there already written and funded under a previous FP7 call.

Totally devastated I reached to a point of seriously considering to drop the proposal (with a full consortium already onboard) risking to loose our high profile partners not just for this call but for future proposals too.

Who’d participate in a consortium which is led by someone who is unable to use the basic facilities of FP7, correct?

That’s right. Had I have more experience and a logical stream of actions set up right after the initial spark of idea occurred to me, I probably would have checked on CORDIS as step zero if there were any similar project funded recently. And most likely I would have found this particular one prior I start to invite partners to join forces with me delivering an idea which have been pretty much covered years before.

Fortunately, the remaining 10% (which was not covered by the already funded project) proved to be just enough to open up a whole new window to shift the center of gravity of our idea. Right now I am having a great consortium and an old-new idea which hasn’t been covered previously. First stage deadline is due in 3 weeks. Keeping my fingers crossed, not to find any other “insignificant” details which may jeopardize the delivery of our proposal.

István Pári
27 September 2012
No comment has been submitted yet