The planet is happier without us 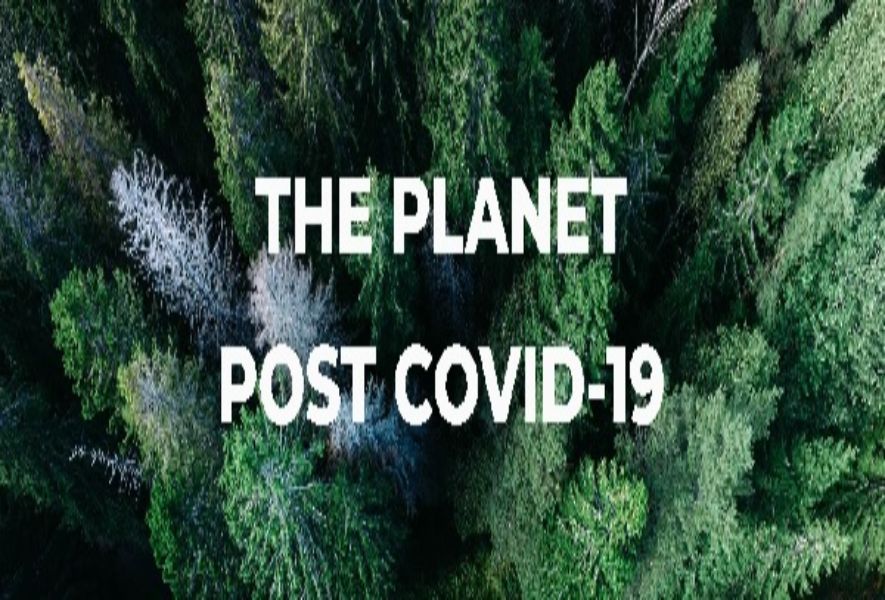 In April 2020, there was the 50th anniversary of the Earth Day, an ephemeris born from a unified response in 1970 in the USA, were 10% of the country’s population gathered to protest the environmental ignorance and demanded a new way forward for our planet. Fifty years later, Earth Day is now recognized as the planet’s largest civic event and still seeks for a bold and unified demand to relate in healthier ways to our planet.

With less than two months of a planetary quarantine amid covid-19 outbreak, we’ve all seen the images of how animals have taken over the streets, the air pollution has dropped in major global cities, coal consumption has fallen, waters have cleared up, the oceans are quieter and the positive effects just continue rising. From all these, one thing is clear: The planet is happier without us. However, there is another clear shocking realization:

Mending our impact caused on Earth might not be as difficult as we imagined it.

If we help the planet, we could avoid another outbreak like COVID-19

Helping the planet to help ourselves might not seem directly logical to all, so let’s quickly analyse what scientists have said for assuming this would be true.

Biodiversity—that is, the health of the entire ecosystem—can restrain pat.hogens before they ever leave the wild

Biodiversity (understood as the variety and richness of life on Earth) and human health are linked in many ways including regulation of transmission and prevalence of some infectious diseases. If thinking backwards, two-thirds of known human infectious pathogens have emerged from animals, with the majority of the recently emerging pathogens originating in wildlife[1]. These diseases transmitted from animals to humans are called zoonotic pathogens and since 1940, they can be traced to changes in land use, agriculture, or wildlife hunting that lead to loss of habitat[2],[3]. The richer, healthier, and more undisrupted the habitats are, the smaller the chances for a wildlife-human pathogen jump to happen[4].

Disrupted ecosystems and human activities facilitate the pathogen transmission from wildlife to people.

Only two weeks ago, there was a study published in Biological Sciences studying the virus spillover risk between wildlife and humans, and it showed one more time that:

As put  bluntly by David Quammen in a New York Times article:

“We invade tropical forests and other wild landscapes, which harbor so many species of animals and plants — and within those creatures, so many unknown viruses. We cut the trees; we kill the animals or cage them and send them to markets. We disrupt ecosystems, and we shake viruses loose from their natural hosts. When that happens, they need a new host. Often, we are it … [Coronavirus] may have started with a bat in a cave, but human activity set it loose”.

The assault on ecosystems and human-caused global changes such as deforestation, extractive industries including logging and mining, urban development, and the general human invasive activities that disrupt the ecosystems make the pathogen transmission wildlife to people easier[5]. That has been the case for SARS, Ebola, West Nile, Lyme, MERS, among others, and the tricky part is, there may be 10,000 mammalian viruses potentially dangerous to people[6].

This is just the tip of the iceberg

Disease ecologist Thomas Gillespie, said to the journal Scientific American that the majority of pathogens are still to be discovered. Humans, he said, are creating the conditions for the spread of diseases by reducing the natural barriers between virus host animals—in which the virus is naturally circulating—and ourselves.

“We fully expect the arrival of pandemic influenza; we can expect large-scale human mortalities; we can expect other pathogens with other impacts. A disease like Ebola is not easily spread. But something with a mortality rate of Ebola spread by something like measles would be catastrophic”.

So how are we getting back to the world post-covid19?

This lockdown has given the planet the opportunity to breathe. But it has also given us the chance to stop and see first-hand how a slower and more conscious world would look like.  In this trial world we have experienced in the past weeks, we have consumed only what we needed, we tried other ways of producing from the comfort of our home, we have been given time to spend with our loved ones, we have been given clean air, we have thought about our community and how we could contribute to it, we have cared about our neighbour, we have slowed down our economic spending rate, we have tried growing our own food, in the case of big cities we have saved 3 hours of commuting every day, and I am sure I am not listing all the benefits this full stop has given us.

So if we want to avoid another pandemic, and for that we need the planet to do well, I believe it’s time to rethink our relationship with the natural world and reinvent ourselves.

Putting worldwide efforts on habitat restoration, global ban on wildlife trade, conservation and protection of species and ecosystems can easily help us avoid another pandemic. But further, we need to push more than ever a systemic economic change that it is friendly with the planet and that will mitigate the upcoming threats of climate change, biodiversity loss, and pandemics. We need to push harder for greener urban development, with less polluting and more collective means of transportation, with nature being an important part of our cities. We need to have a more conscious industry activity and slowdown the endless demand for minerals and resources.

Briefly, we need to rethink if the status quo that we had in place prior to this disaster is the one we want going forward.

In a video published three days ago by the famous photographer Paul Nicklen, Sea Legacy and Global Wildlife Conservation, this was summarized very nicely:

Make wise choices every day in what you consume and how you live. By protecting nature in all its wild and wonderful forms, we protect ourselves. As the Earth stops to take a collective deep breath, we have a rare opportunity to reimagine and redefine a new future. So tell me, what future do you chose?

We might think that we are not good at changes, but if something has demonstrated coronavirus, is that human societies are capable of transforming themselves more or less overnight.

Thank you for joining our community. We hope we can help you in your EU project journey. Don’t forget to check your inbox for the 5% discount code. Use this code on any of our services.
For the latest updates, connect with us!